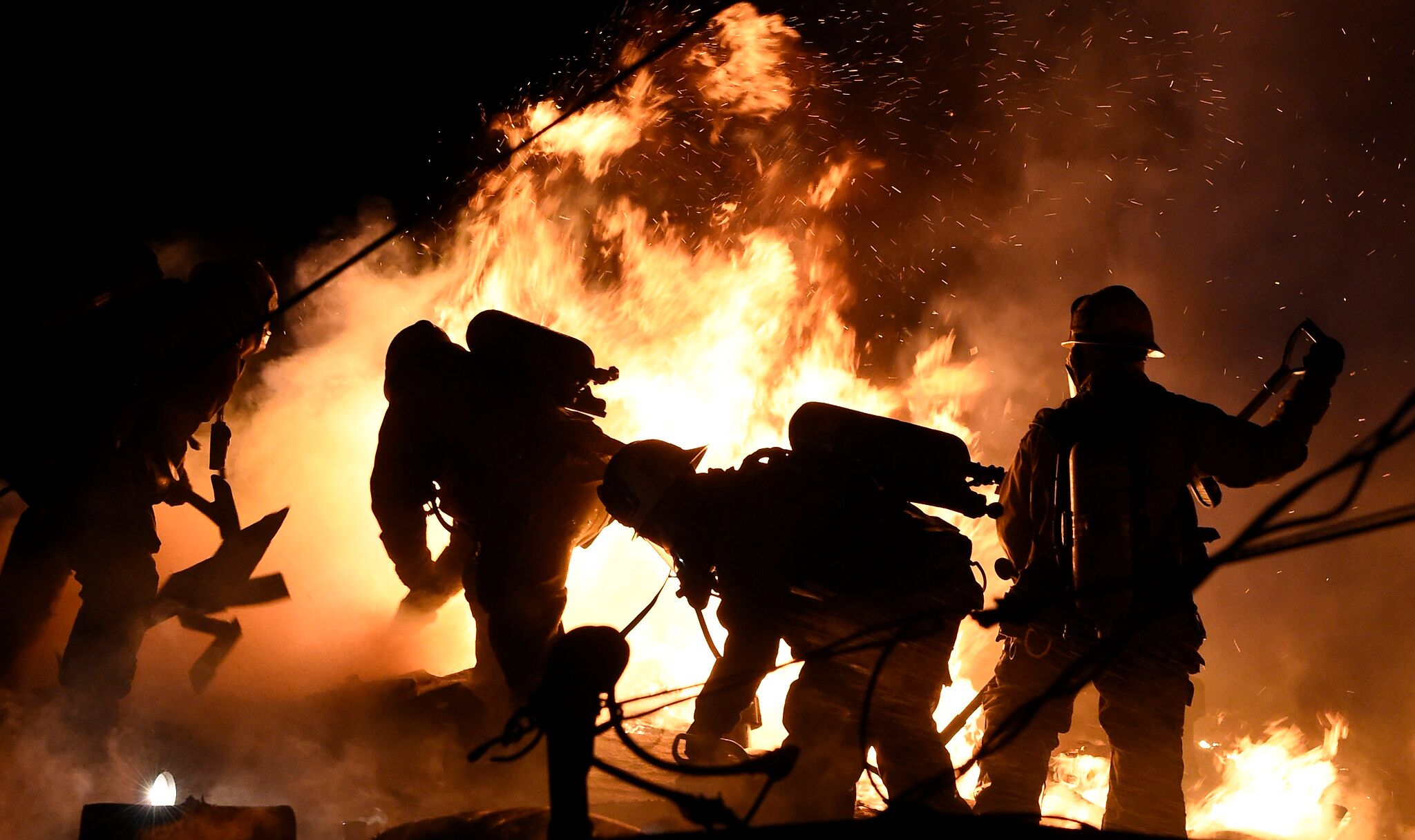 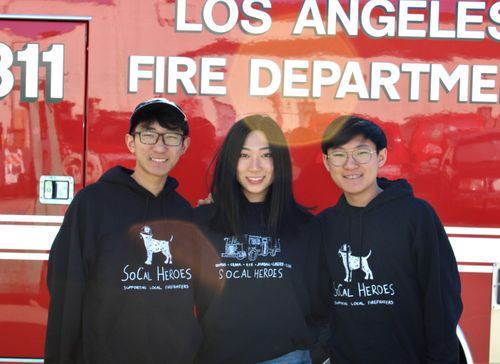 Samantha creates fire-inspired gear and donates 100% of the proceeds from this line to the LAFD Foundation as a way to thank the firefighters that helped protect her community during the last few wildfire seasons.

The impact and heartache of the 2017 Skirball Fire hit close to home for Samantha, prompting her to launch her first wave of tees and hoodies.

After November’s Getty Fire struck, she rolled out her second design featuring a Dalmatian with some serious head wear.

Samantha's creative spirit and generosity are powerfully inspiring. Even though a career in the fire service may not be on her horizon, Samantha has surely created a fun and impactful way to help her community. 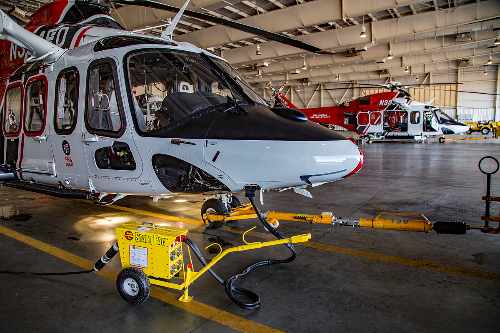 Funding from donors recently allowed the LAFD Foundation to support Air
Operations with three "Start Pacs." These portable devices provide electricity to the
unit's specialized helicopters for areas such as:

1 – Pre-flight Inspections
Every morning a pre-flight inspection is made on each helicopter. As certain items
on the checklist require electrical power, crews previously had to use the aircraft's
auxiliary power unit (APU). Using the APU could potentially deplete the aircraft's
batteries, which could delay a response to an emergency.

2 – Hoist Maintenance
The LAFD's helicopters are equipped with a powerful hoist for situations such as
rescuing an injured hiker from a mountain top or retrieving someone from a river.
Each time the hoist is used, it must be inspected by mechanics upon the aircraft's
return. This inspection would require using the aircraft's APU for power.

3 – Ground-based Training
Air Operation's flight crews spend hundreds of hours training at their base between
missions. Trainings can range from ‘dry running’ cockpit operations to practicing the
steps to bring a patient inside the aircraft during a hoist rescue. Both these exercises
would require using the aircraft's batteries. 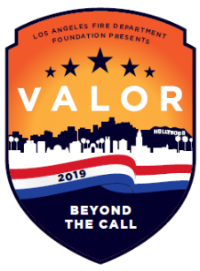 Mark your calendar for Valor: Beyond the Call on November 6, 2019 at the Westin Bonaventure. This night features unforgettable storytelling and recognition of the heroic actions of LAFD firefighters who went above and beyond the call of duty over the past year.

In December 2015 the California Governor’s Office of Emergency Services (Cal OES) granted the LAFD five specially designed wildland fire engines built to help provide mutual-aid resources against brush fires. For more than three years these engines have been maintained and staffed by a total of 25 LAFD firefighters.

In response to this need, the LAFD Foundation stepped in to provide each of these firefighters a wildland extension pack. This new equipment, which compliments the recently distributed hydration backpacks, offers a wide range of advantages from the previous equipment that these firefighters used. 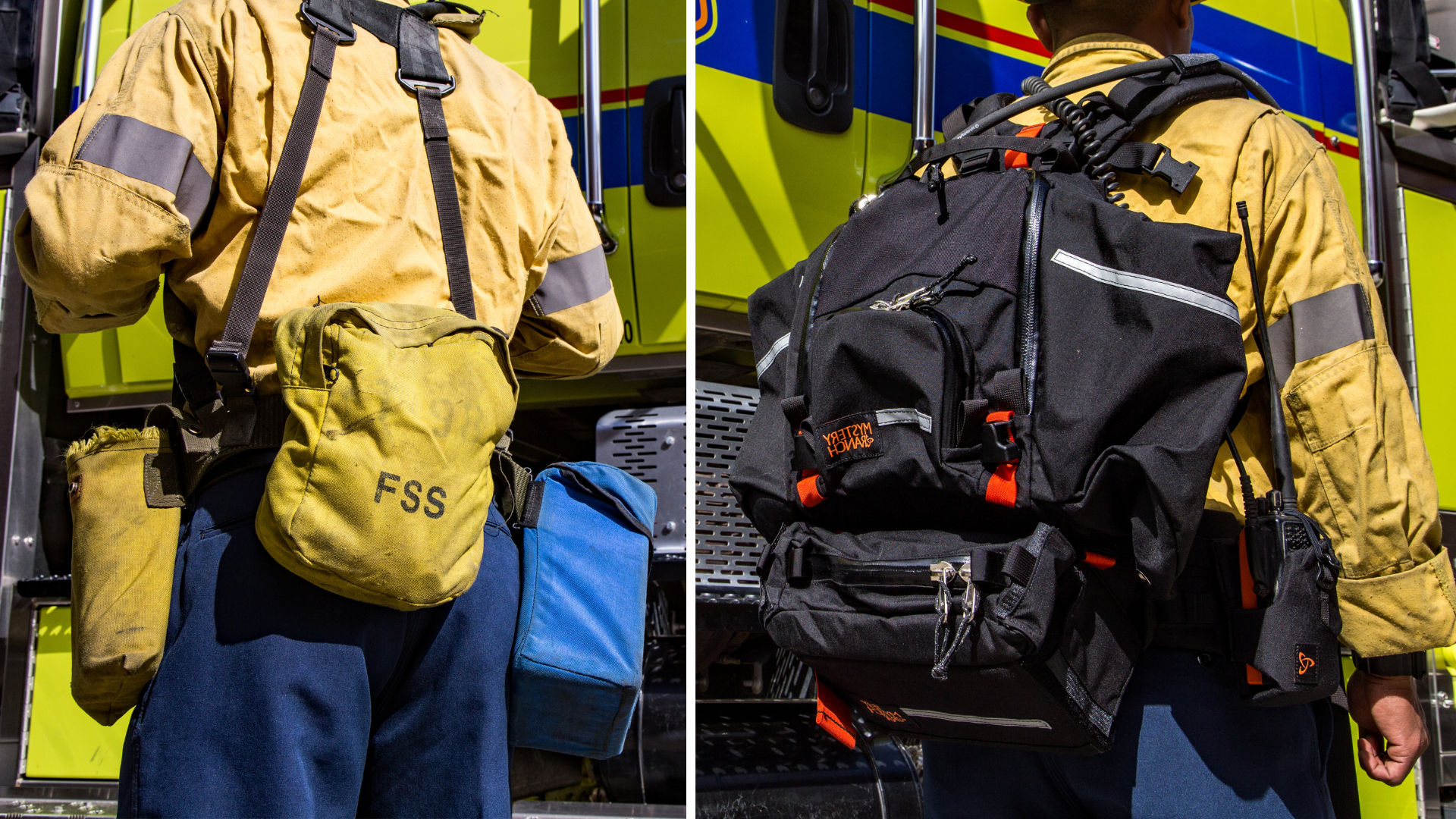